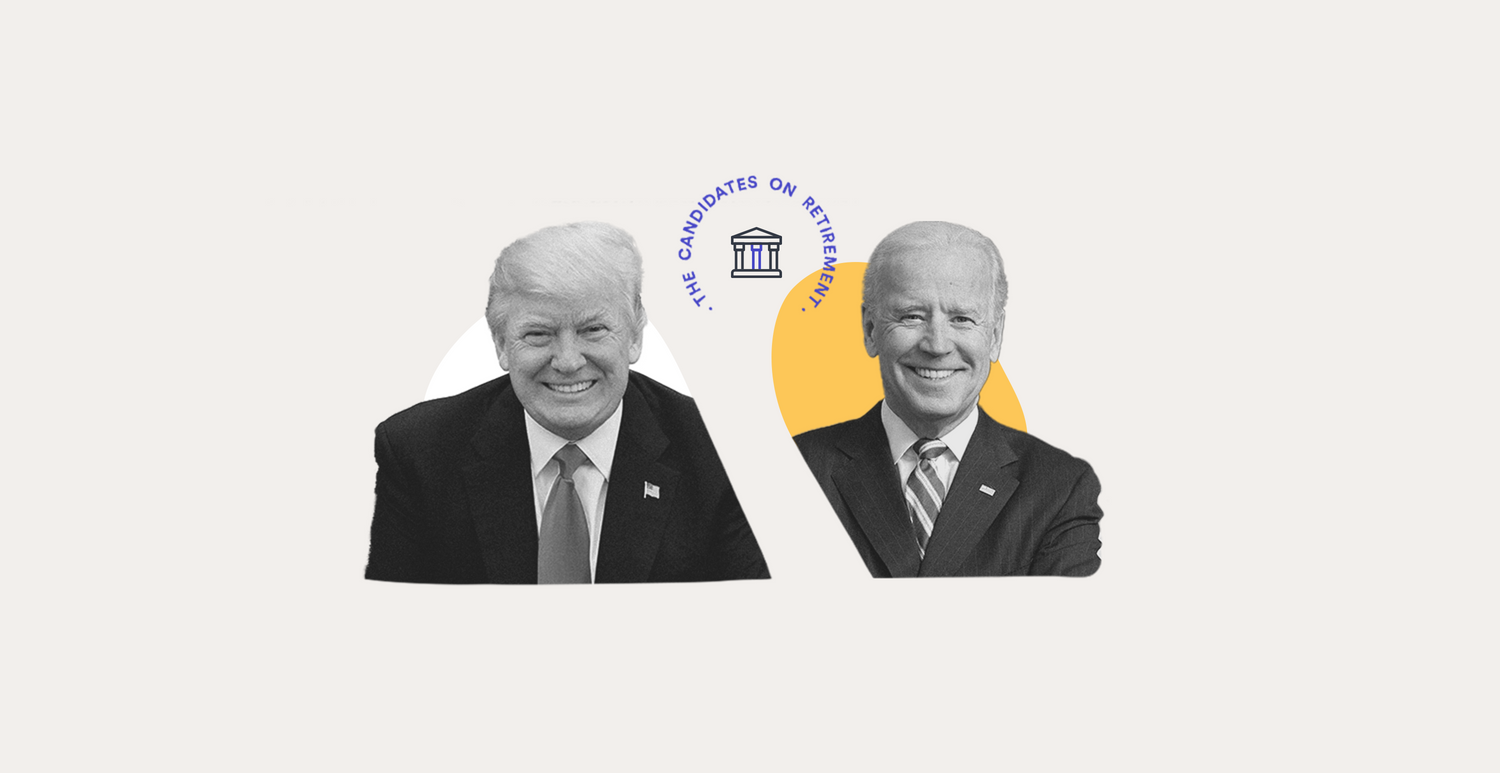 The candidates on retirement: Joe Biden

Update August 2020: We've updated this post after Biden's economic plan and details around his proposed changes to 401(k) tax benefits were released.

Given the year we’ve had, one could forget we’re in the middle of election season. In what could amount to be one of the most consequential presidential elections in decades, the lines have been drawn: President Donald Trump against the Democrats’ nominee, former Vice President Joe Biden. We profiled Donald Trump's retirement platform here.

Earlier this summer, Biden released an updated draft of his economic plan. The result of a months-long collaboration between his campaign and Senator Bernie Sanders, the plan could have major implications on retirement. We’ll take a look at the plan’s impacts on Social Security, retirement savings, and the tax code.

It’s no secret that Social Security is on shaky ground. Without intervention, the trust funds that pay for the program could dry up as soon as 2035. Biden wants to put the program on track and ensure its long-term solvency.

The Democratic nominee also rejects making any Social Security cuts of any kind, including raising the retirement age or instituting a “means test” where only low-income Americans could be eligible for the program’s benefits. He also wants to make it unlawful to garnish Social Security income to repay federal student loan debt.

Beyond this, Biden is campaigning to expand Social Security benefits. First, his plan would institute a new minimum benefit, 125 percent of the poverty level, for individuals who have worked at least 30 years. Second, the plan increases monthly benefits for certain retirees. Widows and widowers would receive a 20 percent increase. Older retirees who have received Social Security benefits for at least 20 years would also receive an increase to make up for their depleted savings and higher healthcare costs.

Though Biden has pledged to stabilize and even expand Social Security, his plan doesn’t skimp on emphasizing the importance of saving: “In the modern retirement landscape, a sound retirement begins with years of diligent saving.” In other words, Biden’s campaign concedes that putting money aside in a 401(k) or IRA isn’t just sound advice, it’s requisite for a comfortable retirement.

First, the Biden plan addresses 401(k) tax deferrals. These allow traditional 401(k) account holders to grow their accounts faster with pre-tax contributions. When it comes time to retire and tap into those funds, the tax owed is dependent on the recipient’s annual earnings at that time. Under the current system, pre-tax 401(k) contributions are a great option for those who expect to retire in a lower tax bracket.

In August, RollCall reported that Biden’s team updated their proposal to equalize the tax benefits enjoyed by those with 401(k) accounts. Currently, retirement contributions are tax-deductible, meaning they don’t count as taxable income when you file your return. In other words, if you earn $50,000 and contribute $5,000 dollars to your retirement account, you’ll owe income taxes on $45,000.

Biden’s team has proposed replacing this incentive with a flat tax credit. Tax credits are reductions in your tax liability, not your taxable income. The individual mentioned earlier would be taxed on her full salary, but her tax bill would get pared down based on how much she contributed to her 401(k).

This isn’t just change for change’s sake. Under the current system, someone in the top tax bracket (37%) receives a $370 deduction for every $1,000 they contribute (assuming their income doesn’t drop to a lower tax bracket after their contribution). Someone earning $50,000 in the 22% bracket receives a $220 deduction for the same contribution. Today, the wealthier you are, the bigger the tax incentive to contribute to a retirement account.

Under the Biden model, both individuals would receive the same tax credit for a $1,000 contribution: $260. Why that number? While specifics are pending, analysts believe his campaign will likely end up settling on a 26% tax credit. The way tax brackets are structured today, that could be a good deal for single individuals tax filers earning less than $163,300. On the flip side, wealthier savers would have less incentive to save than they do today.

Small businesses account for over 40 percent of the U.S. economy. Unfortunately, they’ve also been slow to offer retirement benefits due to perceived costs and administrative hassle. Building on the recently-passed SECURE Act, the Biden plan looks to give additional tax breaks to small businesses that invest in their employees’ futures and start a retirement plan.

To further encourage saving, Biden also calls for an “automatic 401(k)” for employees who don’t have access to an employer-sponsored plan. The candidate’s current plan is light on details — but surmising from a Biden campaign pledge in 2007, it could involve requiring businesses to automatically enroll employees into a “401(k)-type” plan or IRA. The same proposal also called for these retirement accounts to automatically rollover as individuals move from employer to employer.

Caregiver contributions
Under current law, individuals are permitted to defer up to a certain amount into their retirement accounts each year. For example, the 401(k) contribution limit for 2020 is $19,500.

Unfortunately, when individuals need to temporarily leave the workforce to care for a child or a loved one, they effectively miss out on their window to contribute that amount. The Biden plan gives these individuals an opportunity to “catch up” when they return to the workforce by raising their annual contribution limit. A similar, bipartisan proposal was introduced in the House last summer but has stalled in committee.

Biden’s 2020 plan involves raising revenue primarily by increasing taxes on the wealthy. Rather than enact a standalone “wealth tax,” Biden plans to raise income taxes on the highest earners from 37 percent to 39.6 percent, reversing a change made by the Tax Cuts and Jobs Act of 2017. This only accounts for a small share of the $3.2 trillion in tax increases planned by the Biden campaign, however.

To close the gap, Biden has proposed a big change in how capital gains are taxed. Capital gains are the proceeds from the sale of real estate, stock, or any other investment that grew in value.

Like other income, the tax rate for capital gains is influenced by how much the individual earned that year. For those earning over $1 million, the current tax rate is 20 percent. The Biden plan calls for nearly doubling it to 39.6 percent.

What’s that mean for your retirement savings? Keep in mind that 401(k) and IRA withdrawals are only taxed as regular income and are not subject to capital gains taxes. But if you rely on other non-qualified investments for retirement and are lucky enough to have a million dollars in income, it may be prudent to delay potential withdrawals until you stop working to stay clear of the threshold. Again, Biden’s changes impact those who earn over $1 million annually—in other words, not the typical American worker.

Ahead of November’s election, the Guideline team will continue to monitor the evolving positions of both President Donald Trump and former Vice President Joe Biden.

This content is for educational purposes only and is not intended to be construed as tax advice. You should consult a tax professional to determine the best tax advantaged retirement plan for you.