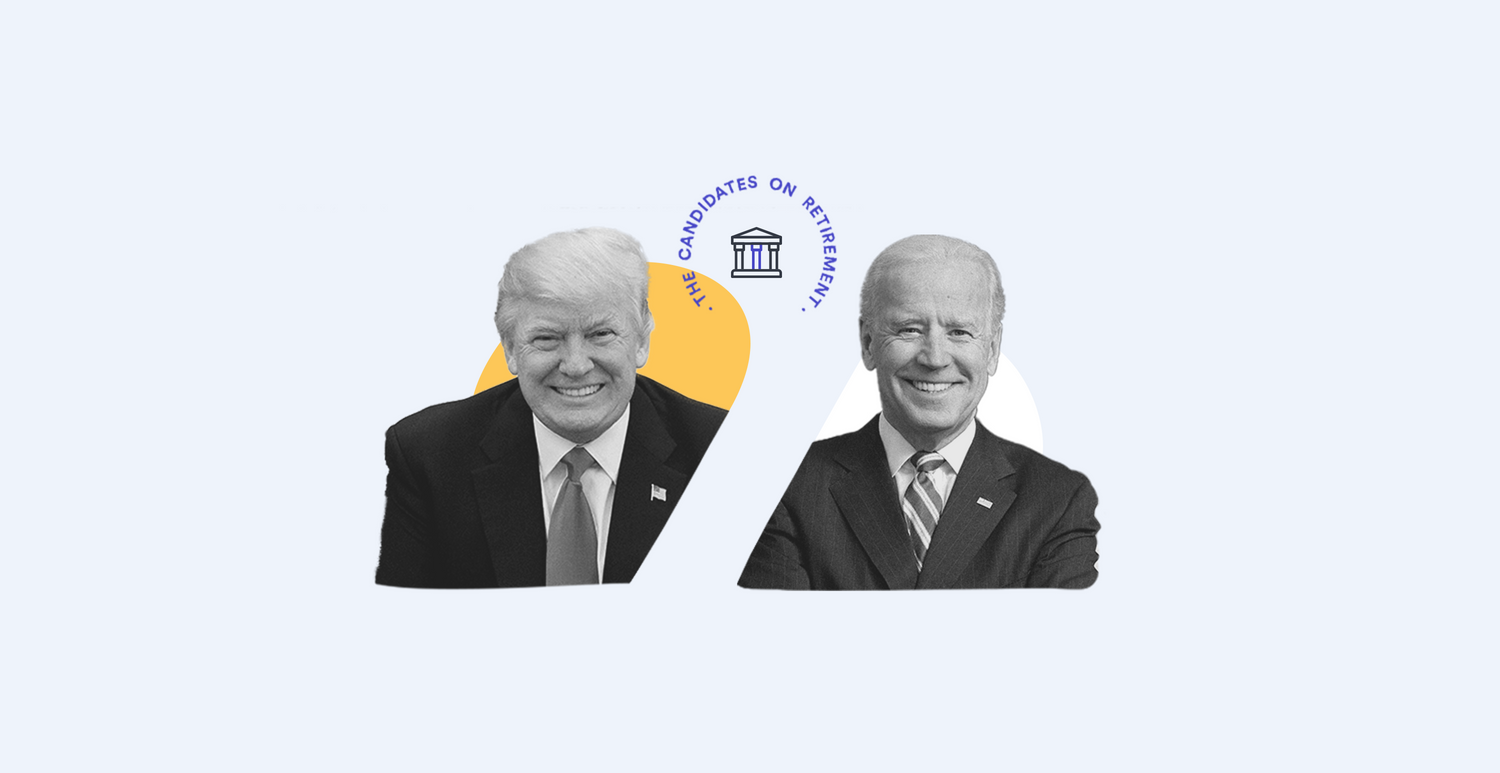 The candidates on retirement: Donald Trump

Between the global pandemic, economic uncertainty, and everything else we’ve faced this year, it’s easy to forget that the presidential election is just a few short weeks away. On November 3, voters will decide between President Donald Trump and former Vice President Joe Biden in what will be the most consequential election since, well, the last one.

Retirement is a hot button issue, and both candidates have discussed Social Security, 401(k) plans, and the tax code while on the campaign trail. Guideline profiled the Democratic challenger’s platform earlier this summer, and now it’s the incumbent’s turn. Here’s a look at the policies supported by the Trump administration to date and its positions on retirement savings going forward.

Preserving the program ‘as is’
Social Security’s long-term solvency comes up in every election, and it’s easy to see why. A report from the Social Security Board of Trustees claims that, without intervention, the trust funds that pay for the program could dry up by 2035.

Instead of raising taxes, Republicans’ go-to plan for saving Social Security has generally been implementing a “means test” and raising the full retirement age. But rather than align with that approach, President Trump has reiterated his 2016 pledge to preserve the program’s benefits and qualifications as is.

Instead of directly reforming the program, he’s sought to improve it indirectly by stimulating wage growth through measures like the Tax Cuts and Jobs Act. In theory, the more people who are working, the more money Social Security can raise from existing payroll taxes.

That being said, President Trump has implemented one major change to how the entitlement program is funded (at least in the short term). To mitigate the economic impacts of COVID-19, the president enacted a Social Security “tax holiday” from September 1 to the end of the year.

For context, the program is funded by a 12.4% payroll tax that’s split evenly between employers and employees. Under Trump’s proposal, employees’ share of the tax would be deferred until next year.

It remains unclear just how long the tax holiday will last. The president has said that, if re-elected, he would make the deferral “permanent,” causing alarm in the retirement community and Washington.

An administration official later clarified that President Trump meant to say that only this year’s deferrals would be permanent, though Democrats say that’s not the case. If the tax cuts were indeed made permanent, it would reportedly bankrupt the program within three years, leaving retirees’ futures in doubt.

Close to the vest
Unlike his competitor, President Trump hasn’t released a formal policy document outlining his priorities for the next four years. But even then, he hasn’t shied away from referring to voters’ retirement savings while on the campaign trail. Last month, President Trump told reporters that, “With a different president, your 401(k)s will drop down to nothing.” For what it’s worth, analysts have rated the market response to a potential Biden win in both a positive and negative light.

The radio silence on retirement closely follows one of his party’s recent accomplishments, the SECURE Act of 2019—the most important retirement legislation in over a decade.

The law introduced additional tax benefits for businesses to start 401(k) plans and incentives for auto-enrolling their employees. While it’s unlikely that Republicans will follow up with substantial reforms so soon after passing that law, the president’s Department of Labor (DOL) might shake things up heading into the new year.

Guideline tip: To see an estimate of how much in tax credits your business may be eligible for, we created a 401(k) tax calculator.

In June, the DOL released a controversial proposal requiring retirement fiduciaries to weigh clients’ economic interests over the social or political impact of their investments.

The proposal takes direct aim at the growing popularity of environmental, social, and governance (ESG) investing, an investment management approach that considers companies’ impact on their communities and the planet. Nearly a quarter of professional investments fall into this category, and there’s mounting evidence that offering ESG investment options can even increase 401(k) plan participation.

Though the DOL’s new rule has yet to be finalized, its first draft has come under heavy criticism from Vanguard and other asset management firms. Critics argue that the rule isn’t necessary since ESG investments often outperform the broader market. An updated version of the rule is expected later this year or early into the president’s potential second term.

Beyond new guidance from the DOL, there may also be legislative changes in the mix. The Credit for Caring Act, introduced by Iowa Senator Joni Ernst (R), provides up to $3,000 worth of tax credits for those providing long-term care for family members.

Because individuals often need to dip into their savings or forgo 401(k) account contributions to care for sick or aging loved ones, the bill could help savers make up lost time.

The Credit for Caring Act bill enjoys bipartisan support and has even won the endorsement of Democratic Elizabeth Warren. While President Trump hasn’t voiced support for the bill publicly, broad Republican support means it might reach his desk within the next year.

What will another four years of the Trump presidency hold for your retirement account? There are clues—but as of today, there are still more questions than answers.

Ahead of November’s election, the Guideline team will continue to monitor the evolving positions of both President Donald Trump and former Vice President Joe Biden.

This content is for educational purposes only and is not intended to be construed as tax advice. You should consult a tax professional to determine the best tax advantaged retirement plan for you.