Fidelity just announced broad cuts in the expense ratios for its existing lineup of index funds, including the first zero-fee index funds in the market. According to Kathleen Murphy, Fidelity’s President of Personal Investing, dropping fees was simply the right thing to do. It was made possible by the company’s scale and its interest in “removing barriers” for millennial investors.

This move is part of a trend we generally feel is a good one, but it also raises some larger questions about where things are headed and how low fees can realistically go.

Index funds are a cornerstone of our investment philosophy here at Guideline, because actively managed mutual funds typically cost up to 10 times as much to own. We’re not the only ones to come to this conclusion: Over a third of the assets invested in stock-based mutual funds are now sitting in index funds.

Image from the CFA Journal

Index funds keep fees down by using algorithms and software to mimic different capital market segments. In contrast, actively managed funds rely on expensive teams of fund managers to research and trade individual stocks and bonds on behalf of their fund. When you take these additional costs into account, industry pillars like Morningstar and S&P have found that index funds usually beat out more expensive mutual funds.

Some of our favorite investment gurus have written extensively on this topic, too. Charley Ellis’s Winning the Loser’s Game and Burt Malkiel’s A Random Walk Down Wall Street make a strong case for low-cost, passive investment strategies. And David Swensen’s Unconventional Success offers a compelling look at how hard it is to pick a mutual fund manager who will outperform the market in the future. Past performance is definitely no guarantee of future returns!

For a real-life example, take a look at our managed portfolios, which are made up of low-cost Vanguard index funds with an average cost of 0.06% (or $6 for every $10,000 invested, annually). In line with the broader trend, this fee is 40% lower than it was three years ago. Compare this fee with a typical actively managed portfolio that’s meant to diversify holdings with long term goals in mind — like Fidelity’s 2050 Target Date Fund — which would cost investors 0.75%, with no assurances of beating the index in most years.

So, why did Fidelity make this move now?

While lower fees are a good thing for investors, Fidelity’s move to cut index fund fees (or drop them entirely for certain products) is a dramatic development. We see two big reasons for it:

Here's why: Fidelity's ann rev is $18b, that's 2x the rev of entire ETF industry and 4x that of Vgrd. Plus, they already offered a tot mkt index fd for crazy cheap at 0.015%. So basically they spent one basis point for some killer PR and near-certain future flow/customers..

Put another way, index funds are a relatively small percentage of Fidelity’s revenue, so they didn’t have much to lose by cutting costs. It appears that the upside of tapping into the avalanche of assets that have been going to lower-cost Vanguard and BlackRock index funds outweighed the lost revenue. Here’s how it works out for Fidelity:

Fidelity has $2.5 trillion in assets under management (AUM) as a mutual fund manager, $400 billion of which is invested in those index funds Balchunas calls “crazy cheap.”

If they charge approximately 0.70% for the $2.1 trillion in actively managed funds, they’re earning about $15 billion in annual revenue on that part of their business. Compare that to their index fund business which generates more like $240 million in annual revenue today (0.06% expense ratio x $400 billion in assets). If price cuts drop their average weighted fee for their index funds from 0.06% to as low as 0.04%, it will mean $80M in lost revenue. But their revenue will stay the same if lower fees help them add an additional $200 billion in investments to their index fund business. Bloomberg covered these calculations in more detail.

Given Fidelity’s new status as the low cost leader, it’s reasonable to think they’ll be able to appeal to investors who are looking for index funds. Here are the fees investors will compare when they look for a total market index fund:

In addition to driving new business with a “zero fee” pitch to Millennials, Fidelity also benefits from a splashy announcement and the brand aura of temporarily stealing the low-cost leader mantle from Vanguard (and Schwab and Blackrock).

There’s no such thing as a free lunch, right? Thus, the next big question is how Fidelity can afford to offer funds for free.

It appears that Fidelity is treating these funds as loss leaders to get new millennial clients to sit down at the investing table with them — instead of gravitating to the new crop of investment options that include:

If Fidelity can get a stronger foothold in this segment, their hope would be to get clients into other, more profitable Fidelity products down the road. To make this happen, we anticipate Fidelity will only make their free funds available through the Fidelity platform (i.e. you can only buy them from a Fidelity account).

Adding this requirement would improve loyalty and give Fidelity a better opportunity to sell new clients other products. There would also be the opportunity to generate revenue from trading commissions and to earn interest on any cash balances their clients carry. Additionally, there may be potential for Fidelity, like other asset managers, to generate revenue from the “free” funds through securities lending.

Generally investors should be a little wary of “free” investment products and services like Fidelity’s two new funds, at least until they understand how they will really be paying. Similarly, Schwab’s Intelligent Portfolios service, and Robinhood’s free stock trading app change both fee structures and the way investments are monetized — and investors should take time to get comfortable with their models before jumping in.

Caveats aside, there is something really innovative about what Fidelity, Schwab, and Robinhood are doing with their new approaches to investing. The next logical question is where the low-fee revolution will lead next.

Are we witnessing the rise of self-indexing?

Unlike the typical index fund that is anchored against established indices from CRSP, FTSE, MSCI or S&P, Fidelity isn’t using an index as a point of reference for its new funds. Instead, its funds will be “self-indexing” funds, based on Fidelity’s own internal construct of an index. Given Fidelity’s scale and research, they don’t need S&P or CRSP to tell them how to represent the broad US or international stock markets.

Using their own index means Fidelity has eliminated another cost in the index fund model. With self-indexed funds, they are cutting out the index companies and the costs associated with them. It will be interesting to see if this represents the next phase of the index fund wars and truly sets off a race to the bottom in fees.

Ultimately, the clear winners of that competition will be end investors as the cost of investing in general and in broadly diversified portfolios continues to move down. We look forward to seeing what happens — and to making sure Guideline clients benefit (even more) from falling index fund fees.

Disclaimer: This content is provided for educational purposes only and is not intended to be construed as personalized investment advice. 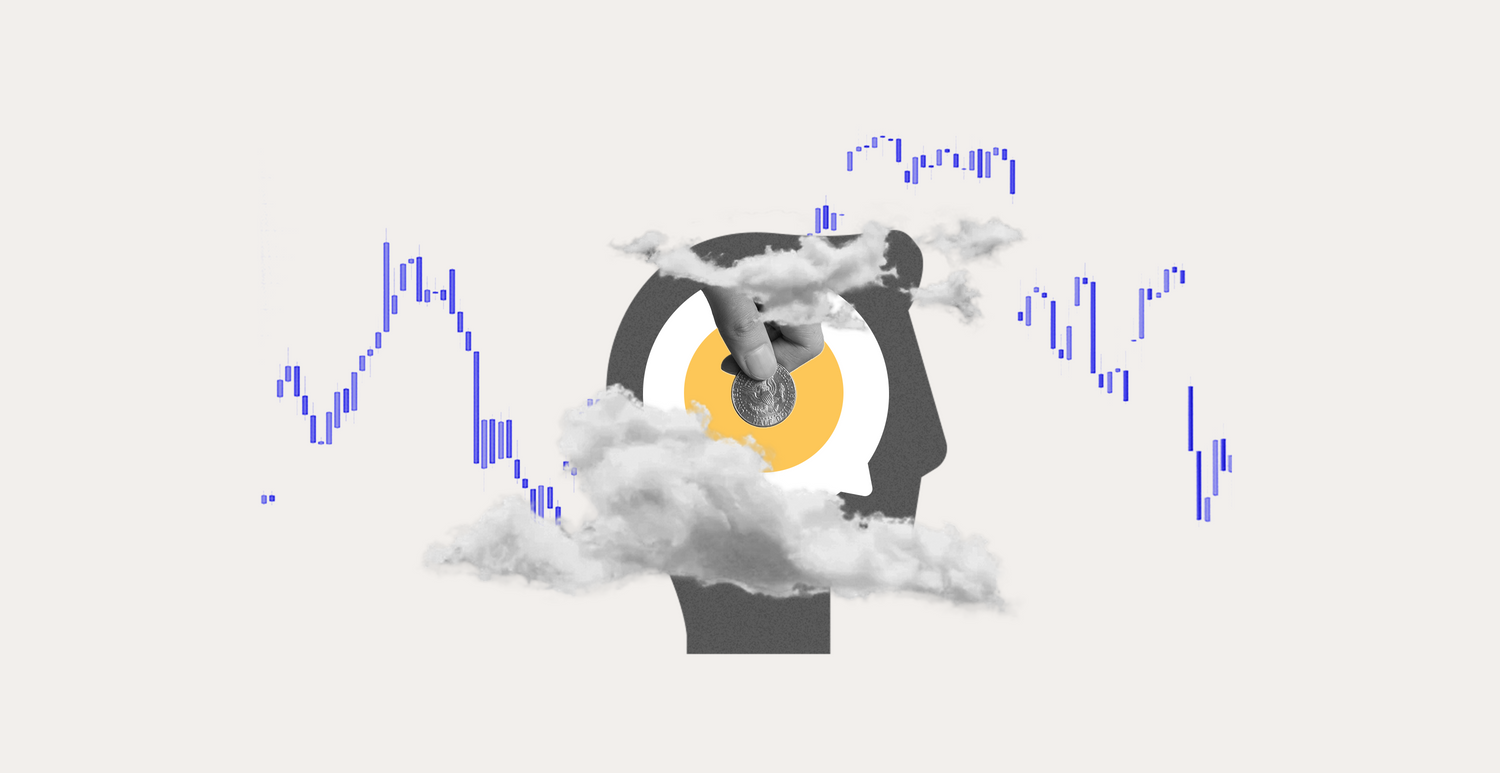 How to coach yourself through investing in a bear market