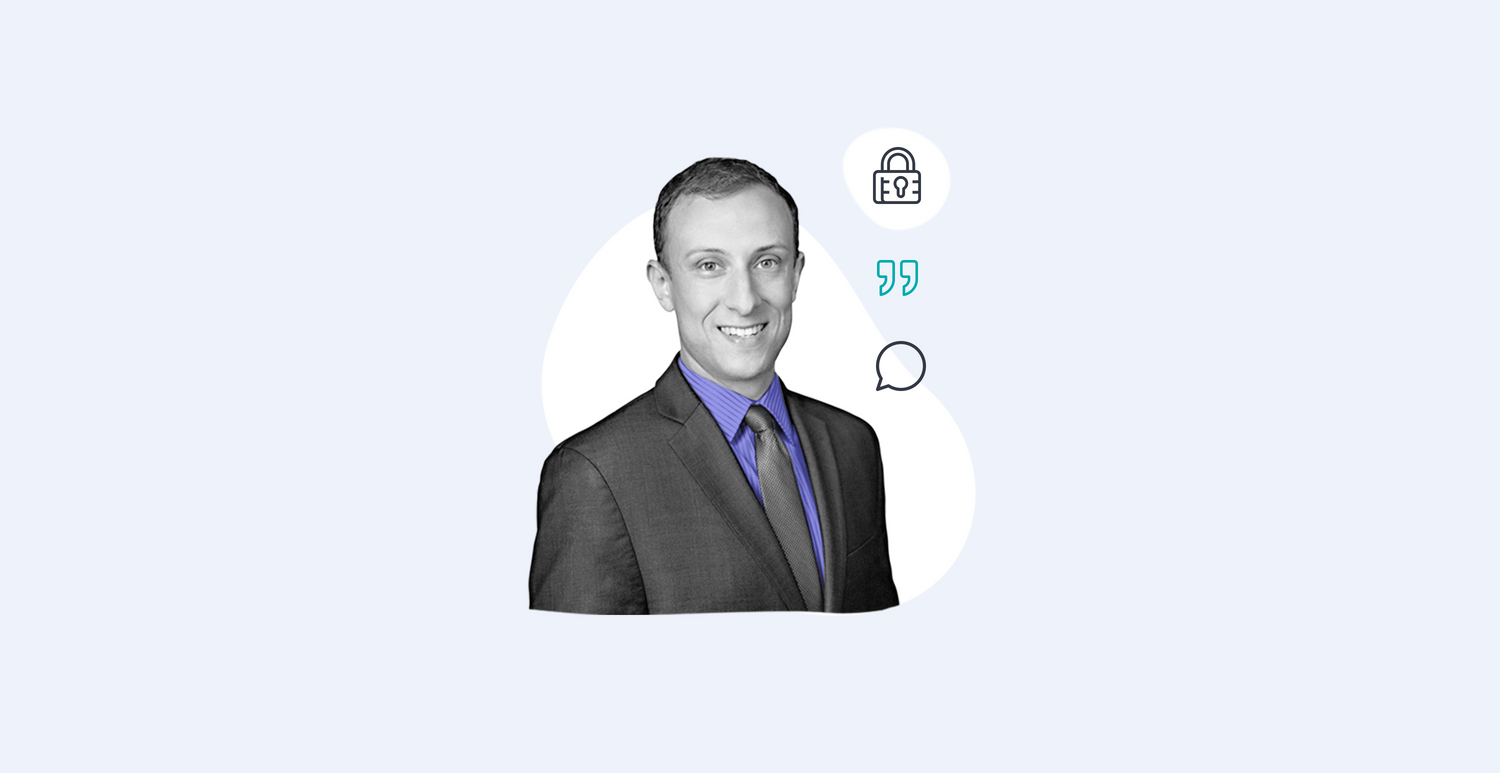 A Bipartisan Approach to Retirement Security: A Q&A with Shai Akabas

While retirement savings as a topic grabs headlines, often with the word crisis attached, meaningful action and policy on long-term savings issues too often stalls. That’s where the efforts of cross-aisle collaboration, policy and research, such as those at Bipartisan Policy Center are making inroads. Shai Akabas is BPC’s Director of Economic Policy and his team leads the Funding our Future coalition, a new effort focused on retirement security that includes organizations from many sectors.

In March, Guideline joined Funding our Future to support advocating for accessibility and building momentum with policymakers. We wanted to learn more about BPC’s efforts on retirement security as well as get insight from Akabas on some of the current retirement policy issues under discussion.

The views and opinions expressed in this interview do not necessarily represent the policies and positions of Guideline.  The content of this interview is for informational purposes only, and should not be interpreted as tax, investment, financial, or other advice.

Guideline: The Funding our Future initiative, made up of nearly 50 organizations including Guideline, is focused on retirement security. To be sure, the retirement crisis is not a new one so what makes the approach of the initiative new and different, and succeed where other efforts have not in the past?

Akabas: To put it simply, the initiative was born out of necessity. In 2016, BPC released the final report of our bipartisan retirement commission. This group had reached agreement on a wide range of policy recommendations to help Americans save and be more financially secure in retirement. The report dealt with everything from 401(k)s to annuities to Social Security—the elephant in the room. We were thrilled that the group of experts had coalesced around these policies after two tough years of negotiations.

And when we put this in front of members of Congress, many of them shared our enthusiasm. They were eager to see these kinds of solutions. But the sober truth is that retirement security just wasn’t rising to the top of the legislative agenda. Other issues of the day were grabbing the headlines, which meant that even though retirement often tops the list of Americans’ financial worries, action seemed unlikely. We needed to generate some momentum.

So in 2018, we launched the Funding Our Future coalition to showcase the broad national support this issue has and requires. Now, our coalition has nearly 50 partners from the nonprofit and academic, corporate, and media sectors to build and elevate the message across the country.

Our initiative has three policy objectives: 1) help Americans save at all ages; 2) transform nest eggs into a lifetime of income; and 3) save Social Security. These goals are intentionally broad to encompass the complex challenges that define long-term financial security. And over this past year, it has become increasingly clear that short-term financial wellbeing—including issues like emergency savings and student debt—are integrally connected to retirement security. Each of our partners has a different focus and their own perspective, but the power of this coalition is bringing together such a diverse and respected group of organizations to serve as a collective megaphone, working towards a common cause.

The early returns to this effort are positive. The SECURE Act, which contained a variety of improvements to retirement security, was passed into law at the end of 2019. Now, the same bipartisan leaders are trying to move SECURE 2.0, which has another series of provisions aimed at preparing more Americans for retirement. We hope these early signs of momentum persist.

We know since the pandemic the savings challenges many American households were facing, and data shows these financial situations have only gotten worse since COVID. We urge communities and policymakers alike to consider the longer-term challenges to financial security as they focus squarely on the short-term financial needs ahead.

Guideline: Retirement security is both a private and public sector concern. If you could pick one thing for the private sector to be laser-focused on what would it be?

Akabas: I’m glad you mentioned the nexus between the public and private sectors, because that is key when it comes to financial security issues. In fact, just a couple months ago, we co-hosted an hour on Yahoo Finance’s livestream channel specifically discussing how employers, financial service providers, and policymakers can all help boost financial resiliency for U.S. workers.

Emergency savings is the perfect example where the private sector can lead the way. Given the economic fallout from COVID-19, short-term savings is understandably drawing a lot of attention. We knew this was a problem for many Americans pre-pandemic, and the challenge has only grown over the past 12 months.

Employers and recordkeepers are now swinging into action, offering workers the opportunity to save for emergencies through payroll deduction. We see in survey data that this is an option employees want. Providing it to them can not only be beneficial for their financial security but it can also help an employer’s bottom line by generating a happier, financially healthier, and more efficient workforce.

Policymakers have a role to play, too. Right now, the regulations are unclear about whether employers can automatically enroll their workers into these short-term savings accounts. We’ve seen the power of automatic enrollment for retirement savings, and it could have a similar effect here. Congress should pass legislation removing these regulatory barriers so that more workers can have the benefit of building emergency savings. The good news is that bipartisan support exists for this change, and I’m hopeful it could get enacted in the near future.

Guideline: In the public sector, many states have proposed some kind of savings program or passed legislation to do it for people who don’t have ready access to employer-sponsored plans. What’s working well in your view — or what’s not working — for states tackling this individually?

Akabas: It’s incredibly troubling that so many workers lack adequate retirement savings. More than 40% of households between ages 35 and 64 are projected to run short of money in retirement. A big part of the problem is that roughly one-third of workers don’t even have access to a retirement savings plan through payroll deduction at work.

This has to change, and states are stepping up to address this issue for their workers. State-administered Secure Choice programs are public-private partnerships that expand access for Americans to enroll and save through workplace retirement plans. In states like Oregon, California, and Illinois, these state-based solutions are already providing a saving opportunity to hundreds of thousands of employees (and self-employed workers) who previously lacked access to savings vehicles through their employer. And most business owners seem to be satisfied with these new programs. As more states offer these plans, it could dramatically shrink the access gap. So, there are major advantages.

But there are also drawbacks. For example, employers aren’t allowed to contribute to their workers’ state-based accounts. And as more states enact approaches with different parameters that place varying requirements on employers, the patchwork will be difficult for businesses that operate across state lines.

A better solution would be to pre-empt the state requirements with one national minimum coverage standard, ensuring that all American workers have the ability to save for retirement. Modeling conducted with the Urban Institute for our BPC Commission shows just how dramatic an impact that could have for many moderate- and middle-income savers, boosting their savings by roughly 50%.

Guideline: President Biden has proposed a plan for 401(k) savers that would institute tax credits for each dollar saved, rather than as a percentage. This would level the playing field by offering the same incentive for retirement saving regardless of a worker’s income.  What are your thoughts on this proposal?

Akabas: It's an interesting idea that certainly has advantages. Higher-income workers get a much larger benefit from today’s tax preferences than those near the bottom of the distribution. But let me just say without digging too far into the proposal’s merits: the bottom line is that it would be politically challenging to overhaul the deduction in this way.

Instead, I’d encourage the administration to look at other changes that could achieve a similar result. Specifically, there are several bipartisan proposals to expand and improve the Savers Credit, which provides a savings incentive to those who don’t meaningfully benefit from the tax deduction. Increasing this credit, expanding it to those who don’t have federal income tax liability—in other words, making it refundable—and directly depositing it as a match into peoples’ retirement accounts are all ways to make it more impactful for low- and moderate-income workers trying to save.

This could be paired with another proposal from BPC’s Commission that would limit retirement tax preferences for those who have already amassed more than a certain sum in their accounts. The commission came in at $10 million, but I can see the argument for lowering that amount. Everyone should be able to save as much as they want for retirement, but at some point, we don’t need to be giving them a tax preference funded by other taxpayers to do so.

These changes together would make the tax code’s retirement provisions more progressive and equitable, which mirrors the Biden administration’s goal.

Guideline: You’ve been an advocate for changing some key aspects to Social Security and analysis from BPC suggests the program’s trust funds could run dry by the early 2030s as a result of the pandemic. How does this factor into the future retirement security?

But we’re unfortunately careening toward a future where that financial foundation is yanked out from underneath people. If we allow Social Security’s trust funds to run out—which could happen in just over a decade from now—then benefits would be cut across the board by around 25%. Imagine losing one-quarter of your income and what that would do to your financial security. That’s what will hit older Americans if we don’t get serious about reforming the system soon.

These problems will only get worse the longer we wait. By the time we get near trust fund depletion, the gap between what the program is taking in and paying out will be even larger than it is today. At that point, avoiding automatic cuts will either require drastic reforms or changes to the program’s fundamental financing structure, which has held strong and protected it for more than 80 years. If this daunting outlook isn’t a threat to retirement security, I don’t know what would be.

The good news—and it may be hard to believe—is that there are actually bipartisan solutions to make Social Security sustainable so that it can support Americans for decades to come. Our BPC Commission reached an agreement that would modernize the program and even increase benefits for the most vulnerable. What’s missing is the political will from our elected leaders. And the public needs to help stiffen those spines by calling for and supporting reasonable reform.

Guideline: Thank you for all your answers. Tough final question: we’ve been enjoying asking people what they are reading. What’s been on your recent reading list?

I actually just finished re-reading the Autobiography of Benjamin Franklin. He’s such a pivotal figure in the early history of this country but one who is often unjustifiably overshadowed by his peers. Franklin’s writing is witty and engaging, and as a person, he was extremely disciplined and thoughtful, so I find that there are lots of practical lessons to be learned even from a text written 250 years ago. The only shame is that Franklin passed away before he finished, so we miss out on reading his personal account of the revolutionary period.

Special thanks to Catherine New for her help on this article.