Does your company’s 401(k) plan benefit all your employees equally, or does it favor owners and executives who make more money? That’s what the two major 401(k) nondiscrimination tests try to assess each year.
What do you need to do to pass the tests? Well, our friends at the IRS have made that piece of the equation a little more complex, so let’s take a closer look at what each nondiscrimination test measures, how to apply them, and what it means if your plan fails. As you read this, also keep in mind that it’s possible to set up a Safe Harbor 401(k) plan, that's exempt from most nondiscrimination testing.¹

What are the nondiscrimination tests?

To give everyone an opportunity to save for the future, a 401(k) plan can’t favor highly compensated employees (HCEs) or key employees (such as owners). Nondiscrimination tests help make sure everything is fair by looking at how much of their income different employees defer, how much the company contributes to employee accounts, and what percentage of assets in the plan belong to the HCEs and key employees. According to the IRS 401(k) Plan Overview: “[These tests] verify that deferred wages and employer matching contributions do not discriminate in favor of highly compensated employees.”

There are two annual nondiscrimination tests a 401(k) sponsor must pass:

Generally, plans must also pass a third compliance test, the Top-Heavy test, each year, or else they are subject to additional employer contributions to keep the plan in qualified status.

Ultimately, whether a plan passes discrimination testing is a function of which employees participate by deferring income to their 401(k) accounts, how much they defer, and how much a company contributes.

Participation in a 401(k) plan is optional. Research found that in 2020, plans with automatic enrollment had a 92% participation rate, compared with a participation rate of 62% for plans with voluntary enrollment. If employees don’t have the extra money to set aside, don’t see the value in saving for their future, or don’t know about their plan, then they may not choose to participate. This lack of participation, coupled with high participation among HCEs and key employees may make the plan more likely to fail a nondiscrimination test. It’s up to the plan sponsor to make sure there’s broad participation.

How a company contributes to its employees’ 401(k) savings can also have a big impact on whether it will pass nondiscrimination testing. We’ll get into it below, but here are two types of contributions:

Sometimes employer contributions are also subject to a vesting period, which means they are forfeited if an employee leaves the company before a specific date.

Who exactly are “Highly Compensated Employees”?

If someone doesn’t meet either of those conditions, they are an NHCE.

The nondiscrimination tests in action

This is all a little complex, so let’s look at an example to keep this from turning into an acronym salad. Let’s say that a company called Winterfell Consulting offers to make a matching contributions of 50% of the income an employee defers to their 401(k) account, until the deferral amount reaches 6% of the employee’s W-2 income.

Here’s how their employees chose to participate last year:

Is this arrangement discriminatory? Here’s a closer look at the tests the IRS applies.

ADP is calculated by dividing the amount an employee defers by their total W-2 income.

Basically, this test measures how much income HCEs and NHCEs each contribute to their 401(k). For example:

In this case, Jon, the HCE, defers 10% of his compensation, while Sansa, Arya, and Bran — all NHCEs — contribute an average of 3%.

The ACP test is similar to the ADP test, but it compares the average employer contributions received by HCEs and NHCEs, rather than how much they defer. ACP is calculated by dividing the company’s contribution to an employee by his or her W-2 income:

To pass the ADP and ACP tests, HCE deferral rates and employer contributions need to fall below these thresholds:

Note that the formula the IRS uses looks a little different from this. We find their language pretty hard to understand, so we reworked it to make it clearer. You can see their original testing formula in the IRS 401(k) Plan Fix-It Guide.

Both the ADP and the ACP tests only look at the most recent full plan year. To apply these tests to the employees of Winterfell Consulting, let’s review the Winterfell NHCE’s ADP and ACP test results:

The ACP Test: The Winterfell NHCEs received an average contribution that was 1.5% of their W-2 income. To pass the test, HCEs can’t receive more than double the NHCE average — a maximum of 3% in this case. It turns out that the HCE receives 3%, so this plan passes the ACP test by the narrowest of margins.

The third compliance test a plan must pass, the top-heavy test, is a little different from ACP and ADP because it focuses on “key employees” within an organization, rather than HCEs.

Key employees are defined by the IRS as:

The top-heavy test is also different because it tests the plan’s balance as of December 31st of the previous year (or current year, if it is the plan’s first year). A plan fails the top-heavy test when the value of the assets in key employees’ accounts is more than 60% of all assets held in an employer’s 401(k) plan.

Returning to our example, let’s assume this is the first year of Winterfell Consulting’s plan and that the assets in the plan appreciate at 10% over the course of the year. Let’s also say that Jon Snow owns 100% of the company, which makes him the only key employee. Here’s what their assets add up to at the end of the year:

If your plan fails any one of the above tests, it’s okay — it happens — but you must take steps to fix it. There are major consequences if you don’t take corrective action.

The IRS 401(k) Fix-It Guide has useful information on all kinds of situations you may encounter, but for the ADP and ACP tests, it recommends one of these courses of action:

It’s important to know that if refunds are made, they will be treated as taxable income for the HCEs who receive them.

Going back to the example above, the Winterfell 401(k) failed the ADP and top-heavy tests. The plan failed the ADP test because, on average, the NHCEs deferred 3% of their W-2 income, which meant the HCE was only allowed to defer up to 5% of his income under the test. In this case, he deferred 10%.

The correction could be made two different ways. Winterfell Consulting could refund half of the HCE’s 10% deferral so that Jon’s rate doesn’t surpass NHCEs by more than 2%. The refund would be distributed to the HCE as ordinary income in the year it is received.

Or, Winterfell could take a two-step approach:

The Winterfell 401(k) failed the top-heavy test because more than 60% of the plan assets belonged to the key employee. The plan will be considered top-heavy for the next plan year (and current year, if it’s the plan’s first year in existence), and certain employer contributions will need to be made — up to 3% of non-key employees’ compensation for each year the plan is top-heavy.
The 3% contribution can be offset by other employer contributions (but not deferrals). If Winterfell’s match equals 3% of compensation paid for each employee at the end of each year, no further contributions will need to be made to correct a top-heavy failure for that year.

There’s another way to stay compliant!

Passing annual nondiscrimination tests is a crucial part of a 401(k) plan’s administration. And as you can see in the examples above, correcting a failure can have unwelcome consequences for employees — or require making employer contributions you may not have budgeted for. To address any risk early, it’s highly advisable to conduct plan testing throughout the year to stay in front of things.

And don’t forget that a Safe Harbor 401(k) lets you skip most of these annual tests by creating incentive for more of your employees to save. Bottom line, a little planning can go a long way toward keeping your 401(k) compliant. 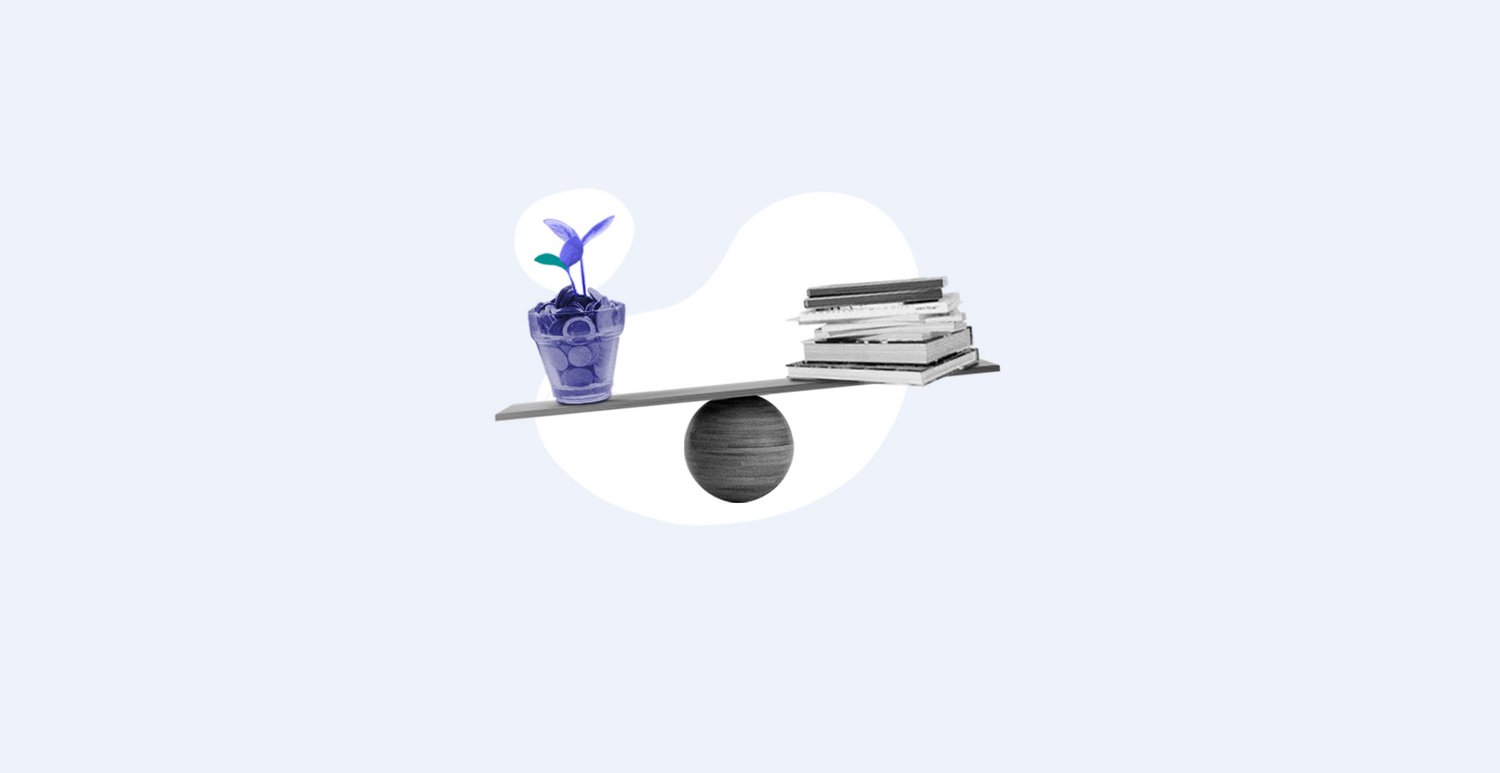 How to balance paying off student loans while saving for retirement